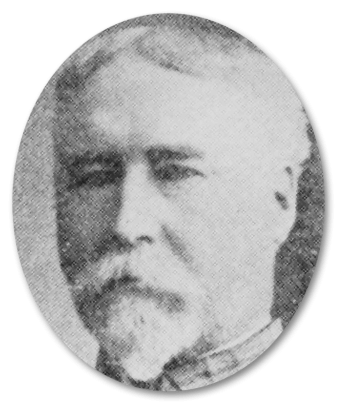 Shepard was born in Oswego, New York, on September 16, 1843. He was warranted a U.S. Naval Academy midshipman on November 25, 1859 and due, to the outbreak of the American Civil War, was graduated in 1861 and commissioned an ensign on November 25, 1862. From June 1861 until August 1863, he was employed in the West Blockading Squadron and the Mississippi Flotilla, serving in the sloop of war Vincennes, the sideswheel steamer Mississippi, and the ironclad Essex. While in the latter ship, during the siege of Port Royal, he commanded a naval battery ashore for which he was formally commended. He next served in the steam sloop Wachusett on special service in 1863 and 1864, during which time she captured the Confederate raider Florida. Shepard was promoted to lieutenant and ended the war aboard the sloop USS St. Louis in the South Atlantic Blockading Squadron. He continued to serve, now a lieutenant commander, on various ships in the Atlantic until 1869, when he was ordered to the steam man-of-war USS Michigan on the Great Lakes for a year. He served mainly ashore into 1881, becoming a commander in 1878.

Constitution was Shepard’s first command, beginning in June 1881, when the ship was a part of the Training Squadron based at Newport, Rhode Island. In August, he made a series of short training cruises at the eastern end of Long Island Sound, arriving at New London, Connecticut, near the end of the month. There, on September 6, Constitution participated in a final centennial commemoration of the American Revolution, pretending to be the flagship of a British force that had attacked Fort Griswold a hundred years earlier. More short cruises followed, continuing into October, when she returned to Newport. There, on November 14, an inspection board found the ship unsafe structurally for further sea service. Early in December, Constitution was towed to the Brooklyn Navy Yard, and on December 14, her commissioning pennant was hauled down and the remaining crew marched off into a wet twilight. Shepard was the ship’s final captain on regular service.