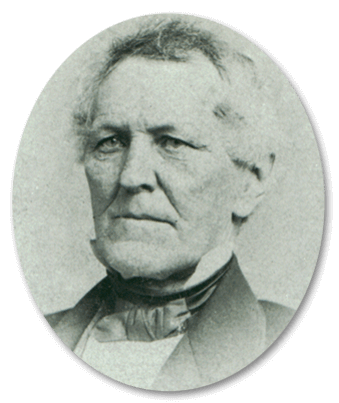 Henry Adams, Jr. was born in Pittsburgh, Pennsylvania on June 6, 1833. His father was a naval officer who served as Commodore Matthew Perry’s second in command on his Japan Expedition in the 1850s. Young Adams was appointed to the U.S. Naval Academy in 1849, and graduated as a passed midshipman with the class of 1855. He became a master three months later, and just eight months after that he was promoted to lieutenant. His first service was in the sloop of war Levant in the Pacific, where he was involved in an engagement with the Canton River forts. He then served in the sloop of war USS Brooklyn, and was part of the West Gulf Blockading Squadron after the outbreak of the American Civil War. He was present for the assault up the Mississippi and the capture of New Orleans. As a lieutenant commander, he was active in the reduction of Fort Fisher and the closing of Wilmington, North Carolina, for which Rear Admiral David Dixon Porter particularly commended him. He was promoted to commander in July 1866 and served in the European Squadron and then at the Philadelphia Navy Yard. He commanded the apprentice training ship Potomac there until the navy decided to replace Potomac with another vessel.

Constitution, lately out of an extensive overhaul, was selected to replace Potomac, and on January 13, 1877, Adams stepped across to his new command. It was an undemanding assignment, and perhaps satisfying to a man late in his career. Moored in mid-stream off the navy yard, the ship was home and school to more than a hundred teenagers in the navy’s apprentice boy program. Successful completion of the training meant that these young men entered actual service at an advanced rate. On August 15, 1877, Adams was relieved of command and reassigned to the Brazil Squadron.

Unfortunately, Adams contracted malaria on station and died at Montevideo, Uruguay on February 1, 1878. His remains subsequently were returned to the United States and interred in Philadelphia’s Laurel Hill Cemetery.