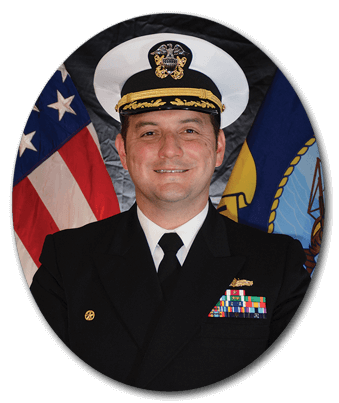 Nathaniel Shick is a native of Saint Leonard, Maryland. He graduated from Virginia Polytechnic Institute and State University in 2000, receiving a Bachelor of Arts degree in History. Upon graduation, he was selected for Officer Candidate School and earned his naval commission in December 2000.

Ashore, Shick supported the Defense Intelligence Agency as an all-source collections manager for the United States Central Command from 2005 to 2007; as a functional plans officer for COMPACFLT N5 – Plans and Directorate from 2012 to 2014; and as operations officer for Afloat Training Group Atlantic from 2016 to 2017.

Shick received his Master of Arts in National Security and Strategic Studies from the United States Naval War College and Maritime Advanced Warfighting School in 2012.