This Congressional silver medal was awarded posthumously to John Cushing Aylwin around 1817 for his role in USS Constitution’s victory over HMS Java on December 29, 1812. Aylwin, serving as 5th lieutenant and sailing master aboard Constitution, took a musket ball through his shoulder at the height of the battle, but continued at his station until the conflict was over. He died on board the ship on January 29, 1813, after a month of struggling to recover from his wound. His family had his name engraved around the edge of the medal.

Aylwin entered the United States Navy on May 25, 1812. He was assigned to USS Constitution as sailing master was quickly promoted to fifth lieutenant in recognition of his skills. He saw action in the battles with HMS Guerriere and HMS Java. 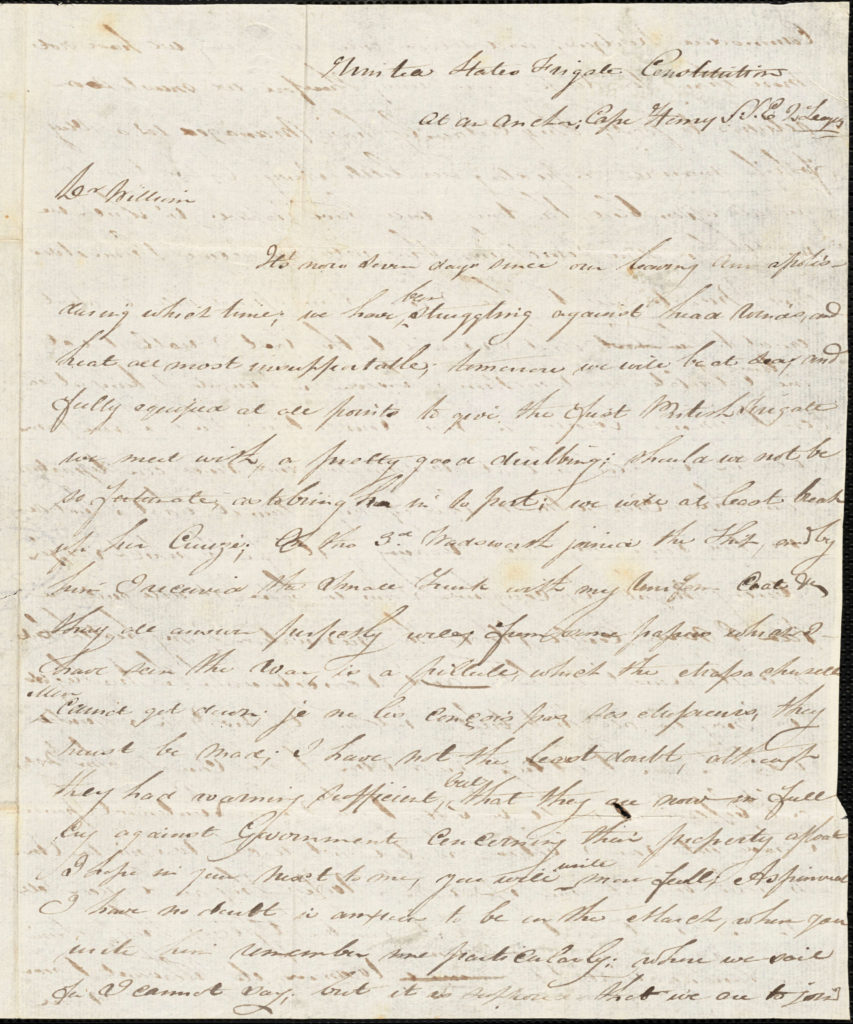