This personal letter from Commodore William Bainbridge to Lieutenant John Gwinn, dated February 5, 1825, shows the close relationship between two naval officers in the early 19th century. Bainbridge, writing from Washington City where he was serving as head the Board of Naval Commissioners, begins the letter with: “How are you and my dear adopted daughter Caro. [Caroline] and your lovely infant?” Caroline, whom John married in 1823, had recently given birth to the couple’s first child, a daughter named Elizabeth Bruce. Bainbridge, serving as a mentor of sorts, expresses interest in and support of Gwinn’s naval career. He also shares his affection for Gwinn and his young family. At the time, Gwinn was serving as lieutenant at the Boston Navy Yard. 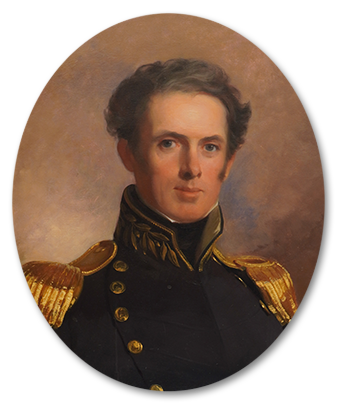