This broadside, titled “Free Trade and Sailors’ Rights,” contains three columns of text arguing against the impressment of American sailors. The arguments are supported with testimonials from impressed sailors. At war with France since the 1790s, Great Britain routinely denied American vessels the right to trade freely, seized American ships bound for its enemy’s ports, impounded cargoes, and impressed American seamen to crew its undermanned warships. The United States, in an effort to defend neutral trade, declared its second war against England on June 18, 1812. The slogan “free trade and sailors’ rights” became the rallying cry of the pro-war faction. These sentiments resonated with American sailors who were in constant threat of being captured by the British and forced to serve in the Royal Navy.

Broadsides, or oversized printed sheets, were an effective way of promoting these attitudes to the general public. Broadsides typically contained proclamations, announcements, or advertisements, and were publicly posted or distributed door to door.

A letter to Wm. Wilberforce,… 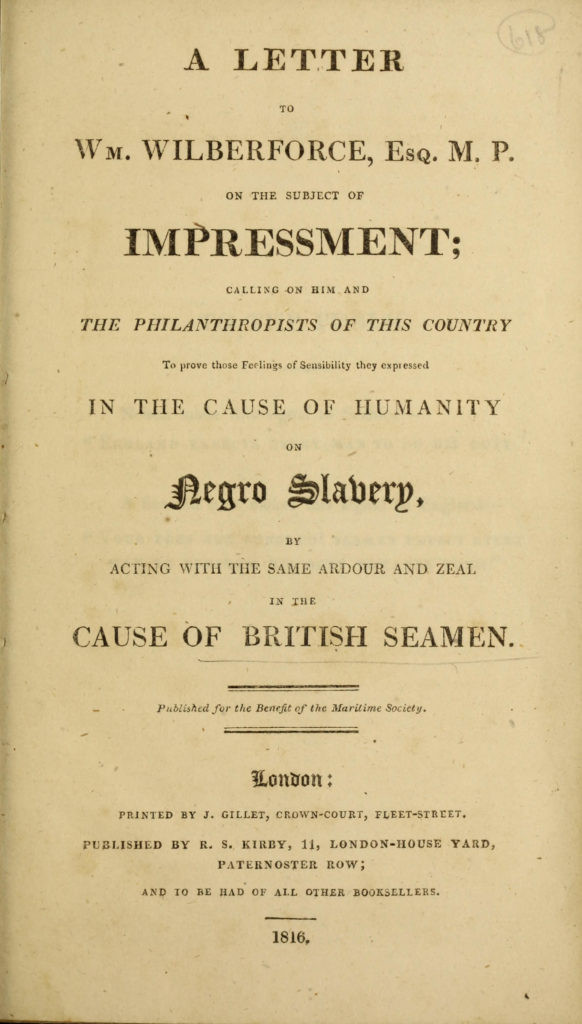