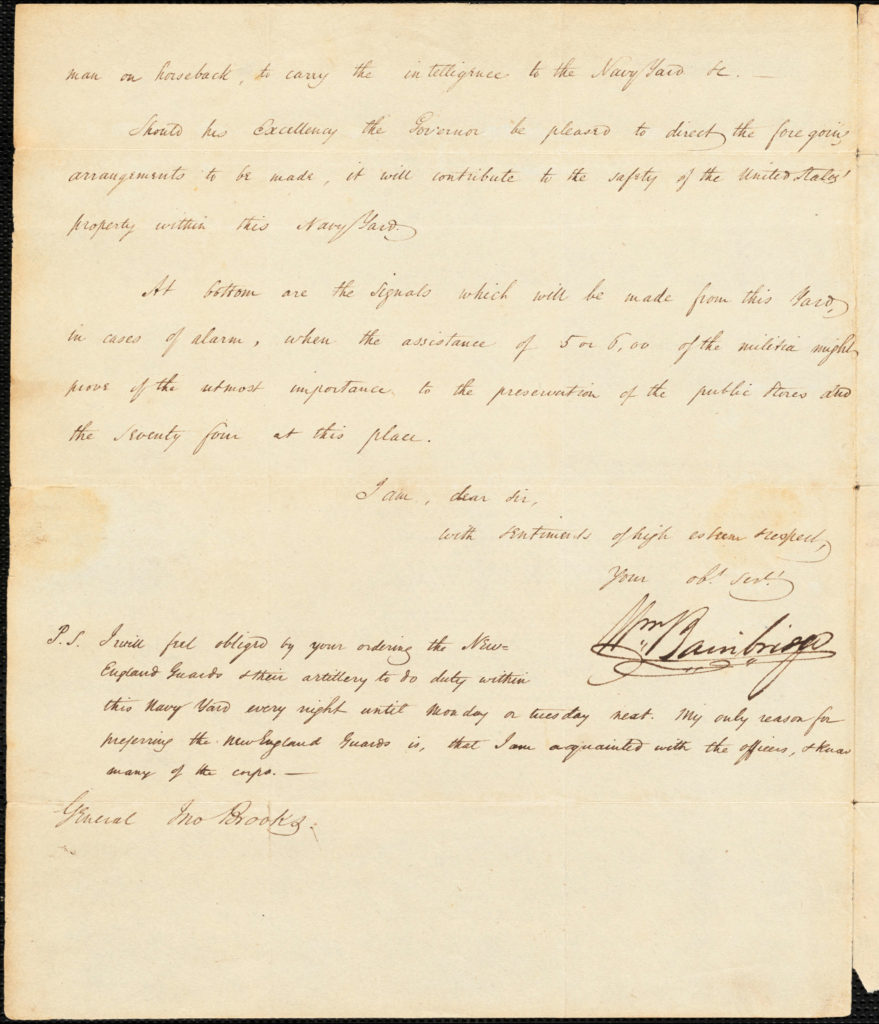 On June 13, 1814, with the United States and Great Britain still entrenched in war, Commodore William Bainbridge, commandant of the Boston Navy Yard, wrote to the Adjutant General of Massachusetts, John Brooks, with concern for the defense of the navy yard should the British attack. Bainbridge, who commanded USS Constitution in the frigate’s victory over HMS Java in 1812, suggests that local militia be ordered ready to act and that arrangements be made to guard Boston and Charlestown. He includes two signals to be given in the navy yard in the event of a British attack.

In the end, neither Boston nor surrounding areas were attacked. The war was winding down and the Treaty of Ghent, which ended hostilities, was signed in modern-day Belgium on December 24, 1814. The Treaty, which established status quo ante bellum went into effect on February 17, 1815 after the U.S. Congress ratified it and President James Madison signed it.