Mr. Madison’s War. A Dispassionate Inquiry into the Reasons Alleged by Mr. Madison for Declaring an Offensive and Ruinous War Against Great Britain. Together with some Suggestions as to a Peaceable and Constitutional Mode of Averting Dreadful Calamity. By A New-England Farmer.

Written by John Lowell, a “New-England Farmer” severely critical of the War of 1812, this pamphlet is a direct response to President James Madison’s message to the United States Congress justifying the declaration of an offensive war against Great Britain. In it, Lowell questions the administration’s true motives for declaring war. He sees the war as a secret understanding between the American government and France, designed to further the interests of Emperor Napoleon Bonaparte. Lowell also criticizes the government’s lack of preparedness for war. In response to what he considers government “errors,” Lowell proposes a “legal and Constitutional” plan to be taken up by the citizens of the United States.John Lowell was a Harvard-educated Massachusetts lawyer, known among his family as “the Boston rebel” and “the Roxbury farmer.” After retiring from law in 1803, he turned his interests to agriculture and farming. A staunch member of the Federalist Party, Lowell wrote several pamphlets on various political topics, including many on his opposition to the French.

Many New Englanders openly opposed the war with Britain, and many expressed their opinions through printed broadsides and pamphlets. This pamphlet was printed by Russell & Cutler in Boston, Massachusetts. 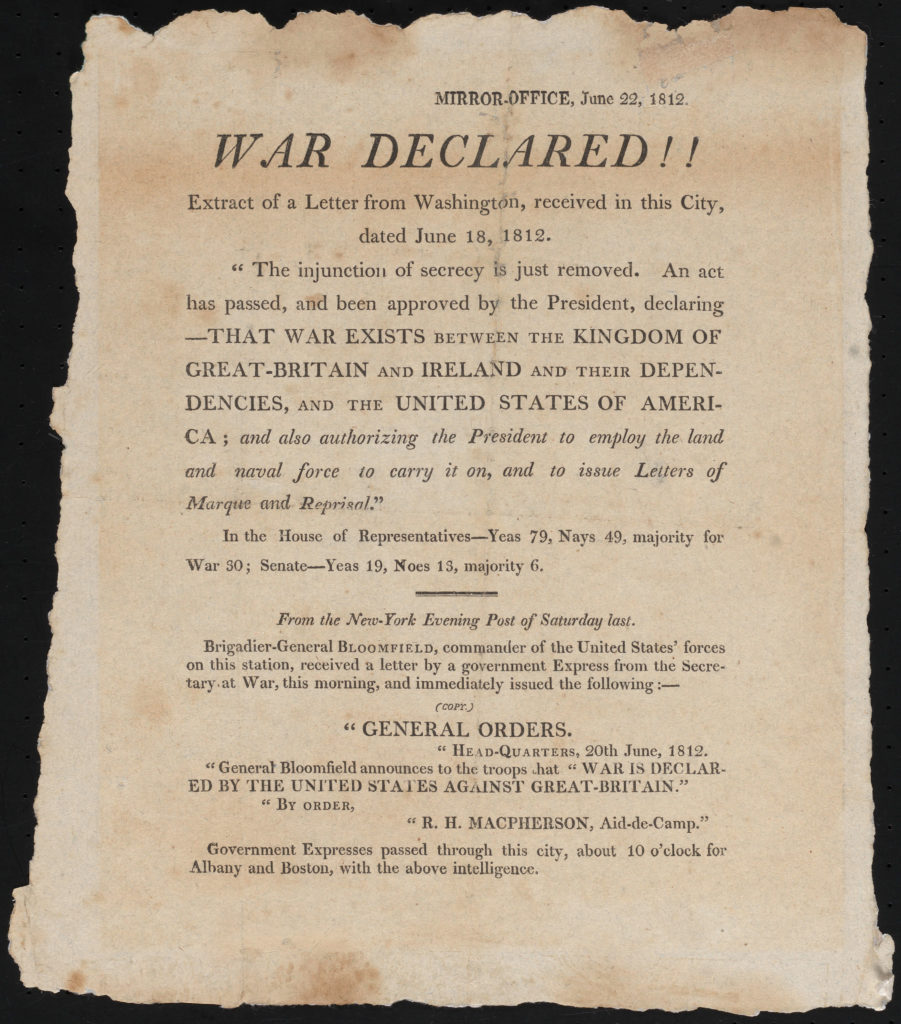